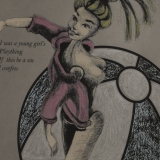 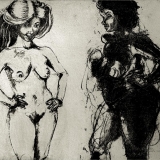 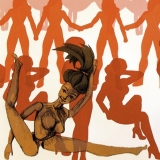 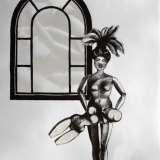 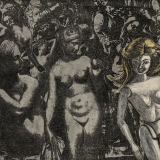 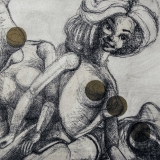 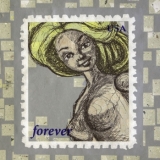 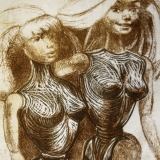 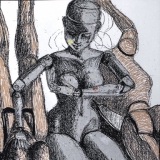 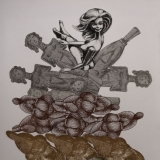 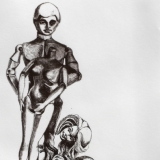 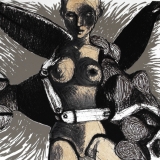 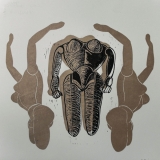 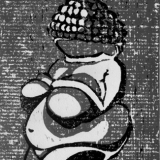 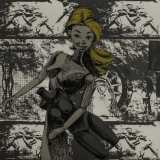 When I play with Barbie, I find she speaks an endearingly human language. Fresh from the box she was a cute blonde pin up with dress or bathing suit. Then once out, a used stiff doll appears somewhere waiting naked for her next garment to be put on her. Exposed are her misshaped parts, breasts too big, waist too small. Unable to stand by herself, and severely limited in movement, her joints only hold for so long, then a leg falls off. I feel compassion for my 11 inch friend. She can’t maintain her role of a vivacious vixen for that long, yet the myth prevails. The youth and beauty of Barbie transcends her plastic shell. Perhaps just for a moment, Barbie is all of us.

I print multiples of Barbie, over and over, and she is quite candid with me. She reveals her twisted up torso, legs over her head, with great ease. She says sex, yet has no nipples. Thought I’d print her a few different sets to try on. Now my own paper doll and fantasy to expound upon, and just like collecting them all, I can print myself a whole set.

Not too long ago, I saw Barbie participating in some street art on Venice Beach. There she was, riding inside an ice skate with arms over head, in all her glory, the ubiquitous glamour girl, ready to adorn anything. Mostly Blonde, slightly less buxom than the older Barbies, I wondered what industry or idea she would endorse next, Kite-Surfing Barbie? Web Browser Barbie? Fast Food Barbie? Change is the only constant for Barbie, she’s as old as the ancient Greek philosopher Heraclitus who stated one could not step in the same river twice, especially not with the same swimsuit on…….sudden death, for sure. In constant evolution since 1959, Barbie has taken a place in our culture. No longer just a toy, now a modern myth of material culture and good looks.